This scroll has all the details on the All-Ireland Senior Football Champions of 2010 – Cork, including the Path to the Final, and the scorers in each game. The layout of the Team in the Final, the names of all the Panel, their Clubs, the Manager and selectors. On Sunday the 19th. of September the Rebels bridged a 20 year gap to the heroes of 1990 when defeating Down in the All-Ireland final. In a close encounter of high intensity Cork held their nerve to record a famous victory. The Sam Maguire cup was heading home in the ‘safe hands’ of Graham Canty. Up on level 7 in the Hogan Stand ‘the voice of the GAA’ Micheál Ó Muircheartaigh was conducting his final All-Ireland broadcast for Radio Éireann. 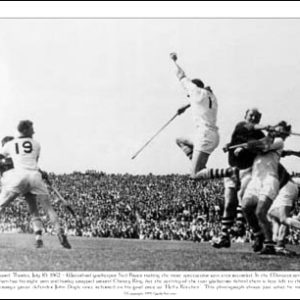 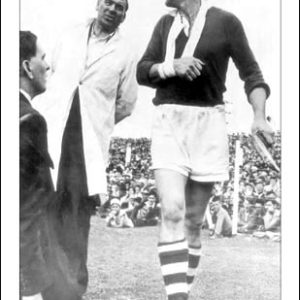